The carriage was abandoned in Romania. It is more than a carriage. It was built in 1914. And is now 100 years old.

Loaded Trains: During WWII the Germans moved this carriage to Eastern Europe, although there is no explanation of why this was done. The carriage was found in Romania in 2002 and brought back to the Railway Museum in Utrecht. 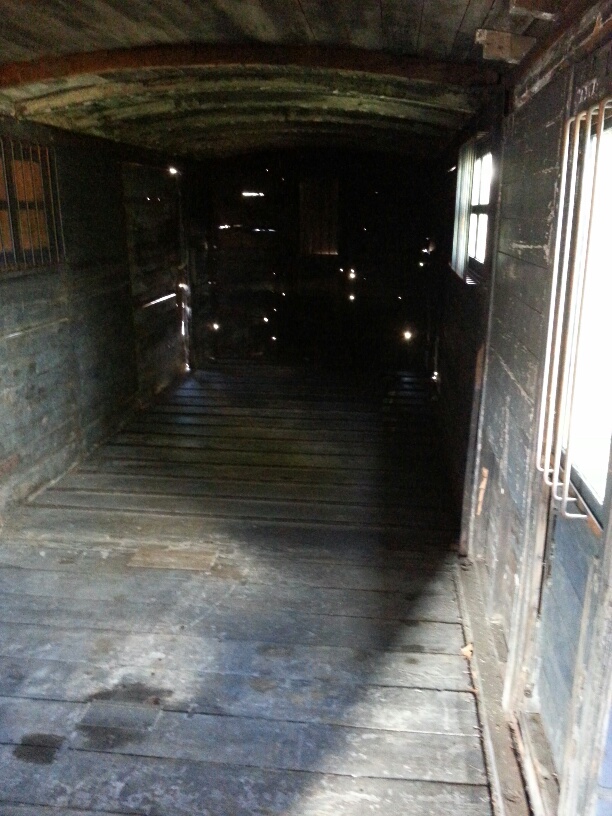 In the carriage the testimonies of people deported with such carriages can be heard. An screen next to this carriage presents the role of the European railways during this period.
Let’s never forget.

The Loaded Trains presentation is in the Railway Museum in Utrecht.

“For this week’s photo challenge, show us abandoned. You can go literal, as I have, and share a photo of ruins, a desolate place, or your idea of a wasteland. Or you can interpret it in other ways, from images of overlooked things to forgotten people.”

Every third picture is a border. Scroll down to see this line.